MPS Microsystems located in Biel, Switzerland is working with the MOONS consortium to build an advanced spectrograph instrument for the Very Large Telescope (VLT) at the European Southern Observatory (ESO) in Chile. The MOONS instrument will analyse the visible and infrared light from millions of stars and galaxies. MPS Microsystems has combined smart engineering with Swiss precision to design and manufacture positioning units that can quickly and simultaneously place 1000 fibre optics with micrometre accuracy at measurement points across the VLT image.

The European Southern Observatory (ESO) site at Paranal in the Atacama Desert region of Chile is home to the Very Large Telescope (VLT), the world's most advanced visible light observatory and the flagship facility for European astronomy. The VLT allows objects that are four billion times fainter than those seen with the naked eye to be observed in just one hour of measuring time.

MPS Microsystems located in Biel, Switzerland is one of a number of companies across six countries working as part of the MOONS consortium to build a unique instrument for the VLT. The goal of the MOONS project is to equip the VLT with an advanced spectrograph instrument to analyse visible and infrared light from millions of stars and galaxies within the VLT image.

The MOONS instrument will study how galaxies form and change as well as mapping the properties of millions of stars in the centre of the Milky Way. For each measurement, the huge lens and mirror of the VLT will be pointed at the part of space that is to be observed, and the 1000 optical fibres in the MOONS spectrograph will be aligned to individual objects within the viewing region.

Instead of capturing the entire selected area like a camera, light that enters each optical fibre is separated out into its individual components for further analysis. This technique gives much more information than an image alone, including revealing the chemical makeup of each object.

Each optical fibre is moved by two interconnected rotations. The combination of the two movements allows each FPU to cover every point inside of a circular area. This area partially overlaps the areas of adjacent FPUs so that every point within the telescope image can be covered by three fibres.

The instrument design requires each FPU to achieve precise positioning of its optical fibres, to keep each fibre perfectly perpendicular to the telescope image in all positions, and to be highly repeatable to avoid collisions with neighbours. Fibre units must be able to move quickly into new positions, and the whole system must be nearly maintenance free over the planned ten year working life of the instrument.

MPS Microsystems was chosen to work on the FPU systems because of their expertise in high precision microsystems and their reputation from work on other telescope projects.

Each FPU has an outer diameter of 25 mm and a length of 210 mm, and includes two 8 mm stepper motors fitted to zero backlash gear heads. The optical fibre is guided along the external wall of the device and the design is optimised for perfect alignment of the two rotations, allowing the fibre to be positioned with micrometre accuracy.

The design phase lasted one year with close collaboration between MPS Microsystems and the UK Astronomy Technology Centre in Edinburgh. To validate the design before production, 5 prototypes where tested, followed by a preproduction phase with 100 units, and then manufacture of the remaining units lasting for around one year.

The MOONS consortium members are each building different parts of the instrument, all of which will be brought together and assembled at the UK Astronomy Technology Centre in Edinburgh before the instrument is tested and shipped to the telescope in Chile. MOONS is scheduled to receive its first light in 2022. 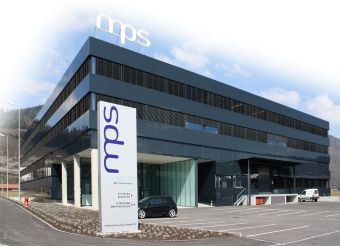 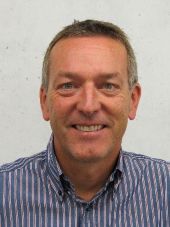