In a collaboration with the Paul Scherrer Institute (PSI), MDC Max Daetwyler AG in Ursenbach has developed unique high-precision support frames with mechanical drive systems for the undulator magnets of the SwissFEL free-electron laser. Their performance has been noticed also abroad. Undulator modules of this design will now be employed as well at the European X-Ray Free-Electron Laser Facility in Schenefeld near Hamburg. Four 13-ton undulators have been modified to the EuXFEL requirements, produced and transported 1,150km across Germany. After magnetic optimization, the undulators are planned to be installed in December 2021


In comparison to typical industry lasers, Free Electron Lasers (FELs) do not emit visible light, but extremely short bursts of highly intense X ray radiation enabling the study of materials and molecules at unprecedented length and time scale. Since they require a large electron accelerator structure, they are at the heart of large-scale research facilities. In particular, FELs include so-called undulator modules. These are periodic arrangements of magnets with alternating poles through which the eponymous free electrons travel in compact bundles with a velocity close to the speed of light. During the passage through the undulators, these relativistic electrons are forced to ‘wiggle’ and start emitting X-ray radiation.

For this sophisticated process to work, the components of multi ton undulators have to be positioned with micrometer precision. Providing this challenging degree of precision is exactly what MDC Max Daetwyler AG delivered.
In a collaboration that started in 2009, the company produced high-precision camshaft movers for the two beamlines currently in operation at SwissFEL. These movers allow accurate positioning of cast-iron undulator frames along five axes — in x and y direction, pitch, yaw, and roll. As a result, the position of the undulator module relative to the flight path of the electrons can be precisely adjusted, thus enabling the X-ray-emitting magic.

The compact design of SwissFEL has become possible only thanks to several pioneering developments of PSI scientists and engineers in close collaboration with Swiss industry. Several industrial partners contributed manufacturing know-how, pushing limits in terms of precision and integration.

Last year, the successful collaboration between MDC Max Daetwyler AG and PSI reached a new stage. After having delivered a total of 29 undulators to PSI in the past years, the European XFEL facility near Hamburg ordered four SwissFEL-type APPLE X undulators were. These undulators will be used as “afterburner” in the soft x-ray SASE 3 beamline.

The SASE 3 beamline has 33 planar undulators which provide the FEL process with linear horizontal polarization only. The additionnal four afterburner undulators at the end will enable continuous polarization control in linear and circular modes, a feature which is missing so far at EuXFEL.


Onto the international stage FEL

The successful construction of SwissFEL with its highest demands on precision required not only unique designs to be developed, refined and tested by PSI scientists. It also involved the challenge of building these highly complex devices on an industrial scale — a challenge that could be tackled only in collaboration with strong industrial partners, including MDC Max Daetwyler AG. With the delivery of the four undulators to another facility, this success story is now set to continue on an international stage. 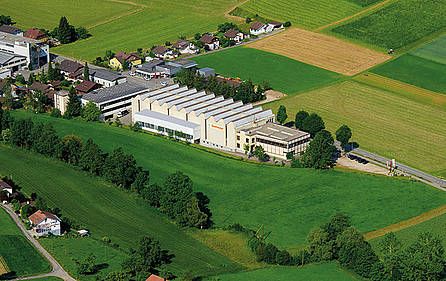 Since its inception in 1989, MDC Max Daetwyler AG in Ursenbach has proven professional expertise in the field of manufacture of large and high-precision machine components. In the idyllic village of Ursenbach in Oberaargau, tons of equipment are processed and moved daily.

MDC Max Daetwyler AG Ursenbach is an ISO 9001 certified company and offers quality – for a lifetime. 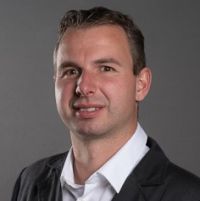